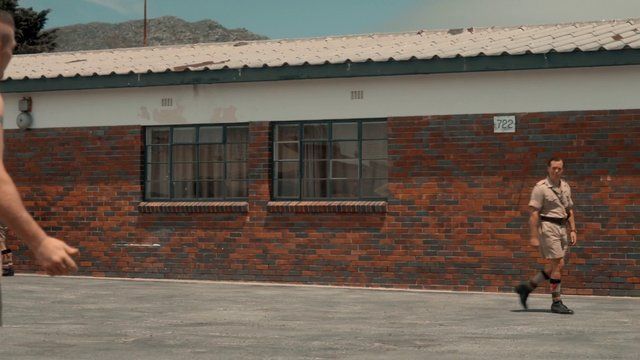 The Last Post (2017) tells the story of a British army unit fighting a Yemeni insurgency in the Middle East in Aden 1965. This isn't just a war series as it also sheds a light on the women and children who were there with them. We'd watch Paul Tinto post up anywhere after seeing him do shirtless pushups! His strong back and biceps are popping off as he pushes his sweaty body up and down. He's not the only shirtless sexpot, however. Joseph Kennedy is shirtless with Chris Reilly, showing off their sweaty, tattooed torsos! And in episode six, we get a quick look at  Jeremy Neumark's butt as he's stripped down for an examination. We're in good hands if all of these hunks are in the army.