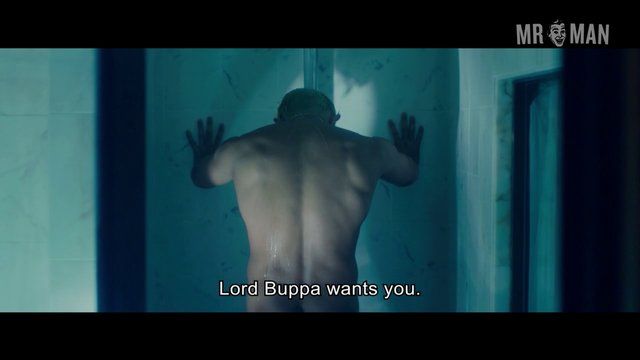 Have you ever seen a Japanese rap musical movie? Neither have we, until Sion Sono's Tokyo Tribe (2014). Set in the future, it's a look at a Japan riddled with opposing gangs, all of which basically want to take over Tokyo. Shit hits the fan when the only non-violent gang's leader is killed, separating the tribe in half and creating an even more volatile environment than before. Their a cannibalistic rich dude that's constantly eating women (really), plus tons of surprisingly well-executed rap/fight scenes. And you know how it goes: Where there are rappers, there are naked men! Ryôhei Suzuki shows off his perfect ass while he's in the shower (and his be-thonged booty while he's rapping at a fancy dinner), while Young Dais walks into the sauna sans pants at one point, giving us a good look at his seat meat! Bernard Ackah joins in on the fun, too, dropping his pants during a delicious fight scene. We're just saying—we'd join their tribe.