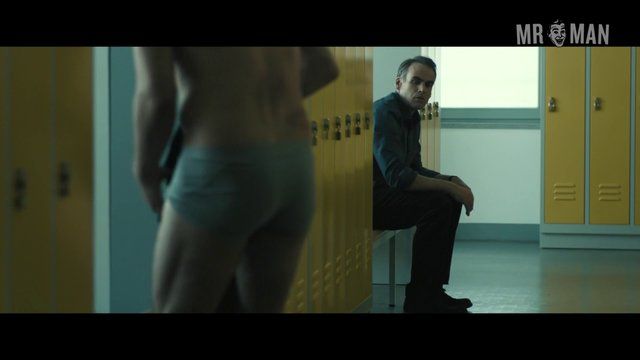 Verfehlung (2015)
Nude, butt, underwear, shirtless Kai Schumann contemplates his existence with his head against the wall in the shower, showing off his bare buns as the water drips down them!
advertisement

As the first feature film from documentarian Gerd Schneider, Verfehlung (2015) took the German cinema world by storm. Verfehlung (which translates to Missing) tells the tale of a Catholic priest who is disturbed to see a fellow priest, and good friend, taken into police custody after allegations of sexual abuse are raised. This priest is so shaken, that he decides to get to the bottom of this himself, in an attempt to show the truth to the world once and for all. It's certainly not the fun and light party-starter of a movie to pop on in the background while you're cooking dinner, but if you like gritty and realistic German dramas, this might be just what the doctor ordered. Speaking of doctors, the star of German TV series Doctor’s Diary makes a house call in this one. Kai Schumann himself can be seen in the shower, letting the hot water drip all the way down his perfect patootie. This is one shower scene that'll steam up your TV screen. We hope there's room for one more in there, we'd most definitely drop the soap! Pop open the communion wine and settle in with the very virile Verfehlung.