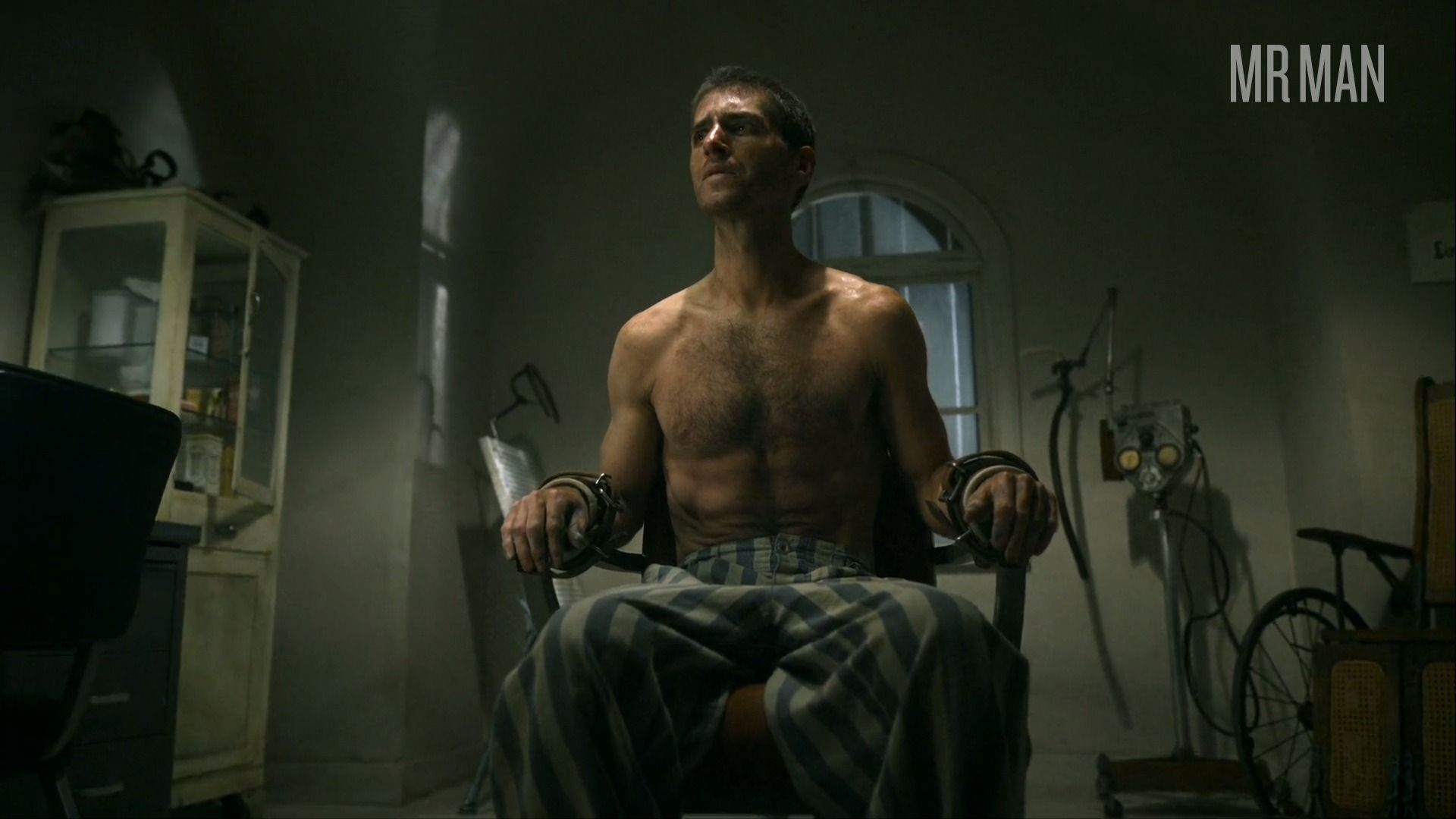 We'd like to be the waves that crash up on those Schor!  Zack Schor is one of those shockingly ripped skinny guys who has such insanely blue eyes, they almost look like a swimming pools.  This chiseled chap only has a couple of very small parts to date but he's poised to blow up big time playing the younger version of the iconic Al Pacino on Amazon Prime's 2020 series Hunters.  Zack has his shirt popped off and is showing off those abs in an unfortunate torture scene where a Nazi scumbag cracks his knees with a hammer!  Good thing he turns into a Nazi hunter because we'd also want to get revenge for anyone who hurts this dreamboat!