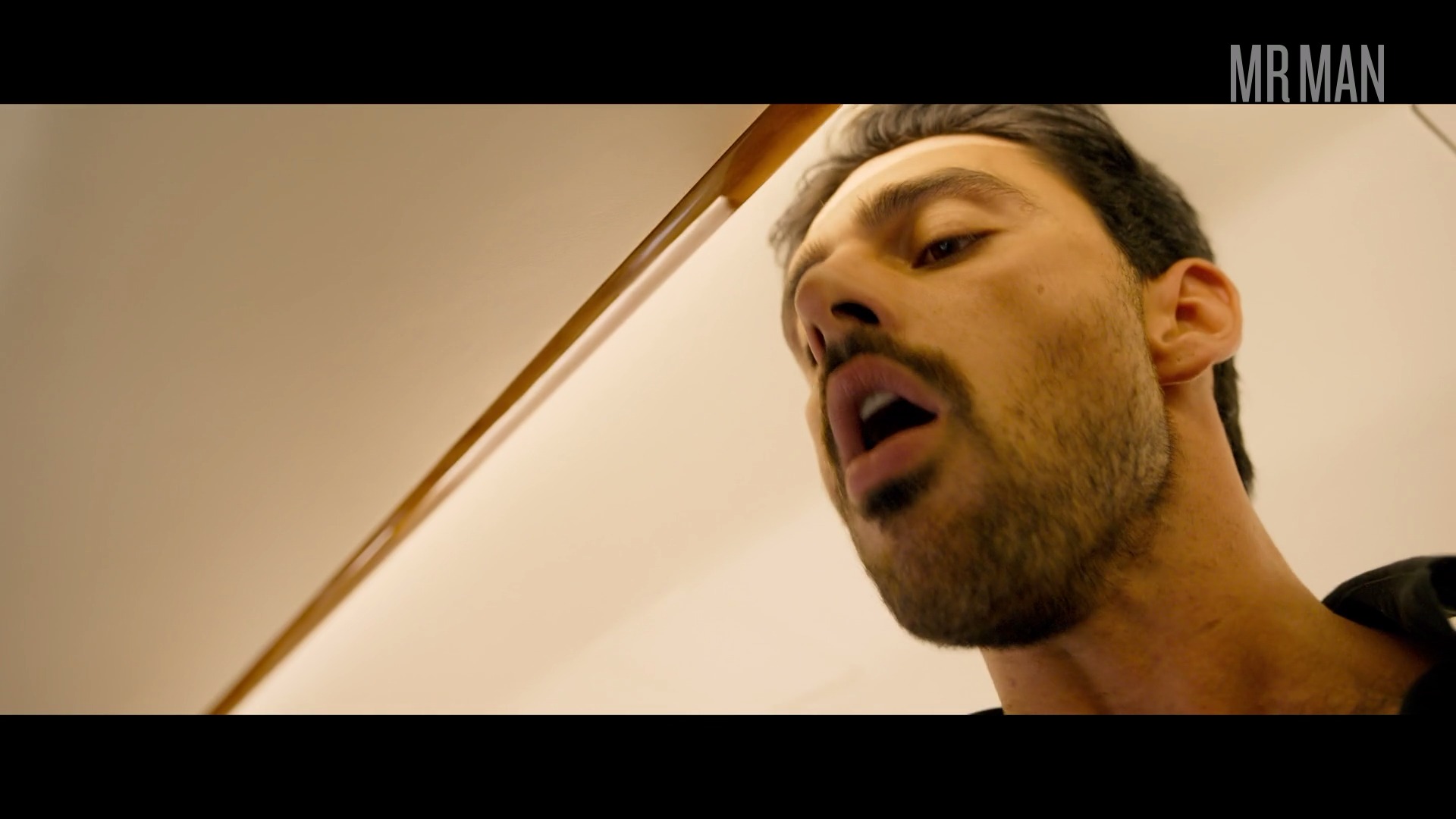 365 Days (2020) is a fascinating Polish-Italian film starring Italian actor Michele Morrone as a young and handsome Sicilian mob boss who falls for a Polish businesswoman working for a luxury hotel chain who visits Sicily with her dud-of-a-boyfriend. Michele is the new crime boss after his father got assassinated and he's drunk with his new power. He kidnaps the woman with the intent that after 365 of keeping the young lady as his captive, she will fall in love with him. That method should work through proximity and through a lot of sex. We don't need 365 days to fall in love with Michele Morrone. We just need a few scenes from this film where Michele strips nude to show us his fantastic ass. We see his righteous rump over and over again in broad daylight on the beach and in a purple-lit scene that showcases his muscular peach. He gets a blowjob on a boat that shows a veiny dick straight in a young woman's mouth. As realistic as it looks, it's not his real penis. But we do get to see his absolutely real shaft when he's in the shower. He takes a steamy washdown in a fancily tiled shower that looks nice but still doesn't detract attention from his derriere. His muscular ass and totally shredded bod are an absolute sight. That dick sighting will also make you feel dirty enough to shower yourself! One thing is for certain: Michele Morrone will make you grow a bone.