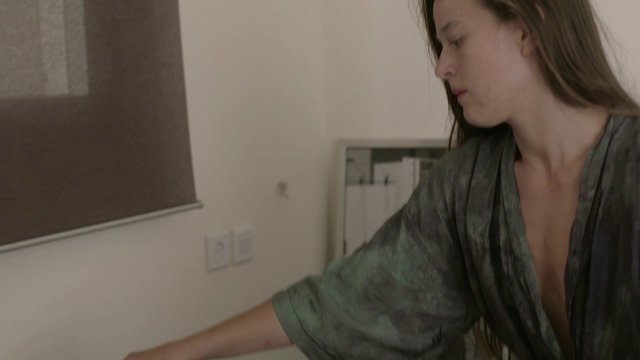 Bobbi Jene (2017) is a love story portraying the conflicts and consequences of ambition as one woman fights for her own right to express herself as she attempts to follow her dreams in dance. This might be the story of a female dancer, but we're stuck on the hot hunks dancing about Bobbi Jene! We get to admire the buns on Or Schraiber when he lies in bed sleeping on his stomach as Bobbi Jene Smith rubs him. We'd love to give Or a massage like that! We then see him walk backwards into the bedroom with Bobbi Jene covering his front although we can see just a hint of crotch. We get to see more than a hint when he is on a webcam video and pans the camera down to his penis. There's the star of the show!