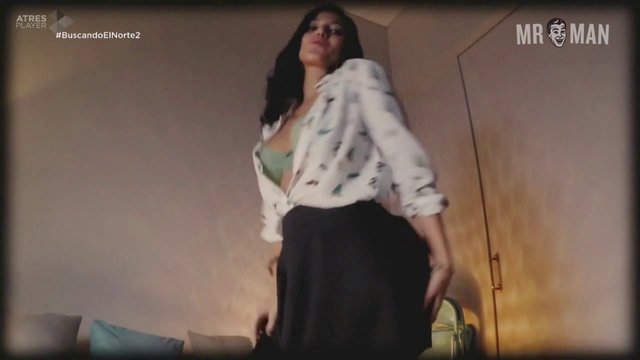 Buscando el norte (2016)
Nude, butt, penis, shirtless Ep. 01x02 Antonio Velázquez does a sexy strip tease while video chatting with a woman. In addition to giving us a close up look at his juicy ass, the hunk exposes his peen for a brief second after jacking off!
advertisement

Moving to a different country isn’t always as easy as it seems, especially when cultural difference abound. Buscando el norte, or Looking north, is a Spanish television comedy series about a couple who move from Spain to Germany to pursue their passions and gain work experience. Alex (Antonio Velázquez) is a nurse and has been dating his graphic designer girlfriend Carol (Bethlehem Cuesta) for 8 years before they decide to pack up their bags. With episodes such as “Germans are from Mars and Spanish are from Venus,” Buscando mixes relationship drama with a fish out of water theme to hilarious results. There’s nothing funny about a sexy scene in season 1, episode 2 in which Antonio does a strip tease for a video chat, revealing his ass and even giving a flash of dong as he is interrupted from jacking off. You’ll be Looking right at that cock!