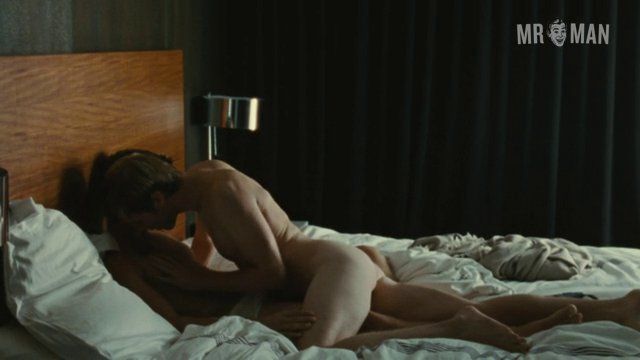 Blonde babe Christopher Lenk knows how to make a spectacular film debut. The surfer boy-ish looking dude first appeared on the silver screen in the homosexual drama Keep the Lights On (2012), where he portrayed a tattooed-adorned hustler. During a sexy hotel bedroom scene, Christopher rests in bed in his undies, manipulating his semi-erect rod, waiting for his paying customer (Zachary Booth) to hop into bed. Though we don’t get to see his good parts, we do get to see him minus his shirt, plowing Booth from behind. With a beginning like this, we know it’s only a matter of time before Christopher will be less private with his privates!