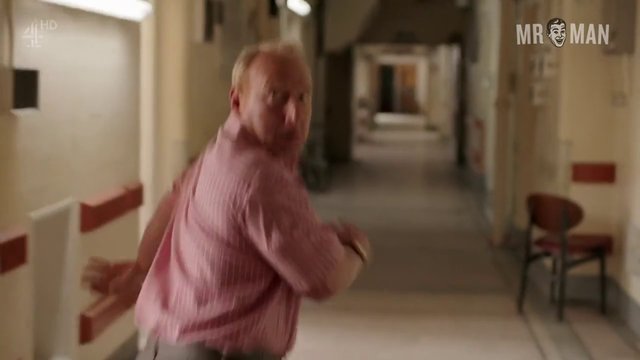 British sitcom Crashing follows the lives of a big group of young and youngish people—mostly kids in their twenties and burgeoning adults in their early thirties—who all live together in an old hospital which they serve as joint caretakers of since it was decommissioned. Sounds more like the premise for a horror series than a comedy one, but the laughs come fast and quick in this one, which has been likened to a Channel 4 rendition of the hit HBO series Girls. Its first crop of episodes has had a mixed reception, but we strongly recommend at least sticking with it until the fourth episode, when it really hits its sexiness stride. All of the male stars of the show are totally hot and totally ripped, and, in this episode, totally shirtless a whole lot. Perfectly toned babe Jonathan Bailey takes the lead in terms of not having a shirt on, giving us several long looks at his upper body, but Damien Molony doesn’t lag far behind, and Lachie Chapman and Amit Shah joining in the sexy fun as well. If it can keep delivering scenes like these, we hoping Crashing sticks around for a while!