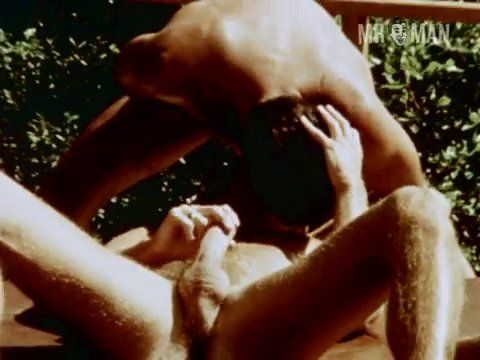 Boys in the Sand (1971)
Nude, butt, penis, balls, gay, shirtless, erect 00:31:10 Casey Donovan and Danny Di Cioccio get handsy (to say the least) by the pool, with plenty of epic nudity and unsimulated insertion!
advertisement

Danny Di Cioccio has his place in history as the well-oiled and sun-kissed stunner in Boys in the Sand (1971). Completely nude on a sunny beach, Danny plays out a fantasy sex sequence with his lover. Showing off his firm, long hose as he penetrates his lover's mouth and bum, Danny looks like he stepped right out of our dreams and onto the screen. His body is totally muscled and tanned, with the exception of his perfectly white tanlines on his underwear region. His own piece of meat is perfectly accessorized by two little beach balls of his own. With a pair of balls like that, it's a wonder that Danny didn't go on to become a superstar! He also had a role in the raunchy seventies sex comedy Bob & Daryl & Ted & Alex (1972), but he retired his hog from the spotlight after that.