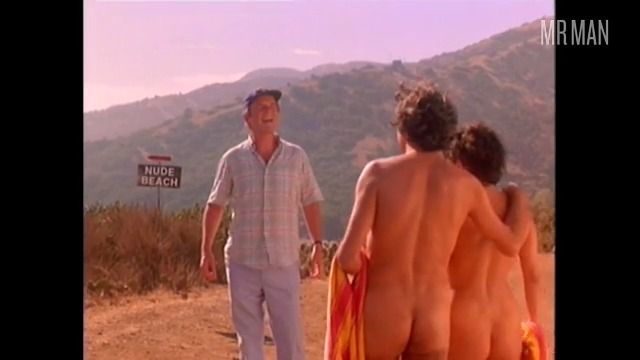 Last Resort (1986)
Nude, butt 00:54:16 Eduardo Ricard is totally nude in broad daylight as he meets a clothed man in the mountains.

Eduardo Ricard is a Latin lover who has cobbled together a very impressive resume over the last 40 years in Hollywood.  Most of his early work was on 70s classic shows like The Love Boat, The Rockford Files, and Sanford & Son, but when he branched out onto the big screen he was able to get parts in movies like Lionheart (1990), 8 Heads in a Duffel Bag (1997), and Casa di mi Padre (2012).  Lucky for us, those caramel cheeks did retire without making a cameo as a nudist in the classic 1986 comedic romp Last Resort opposite a buttoned-up and clearly uncomfortable Charles Grodin!  Eduardo looks like the kind of guy who gives out moustache rides on the cheap, so reserve your seat, boys!

1 Pic & 1 Clip
Nude, butt 00:54:16 Eduardo Ricard is totally nude in broad daylight as he meets a clothed man in the mountains.