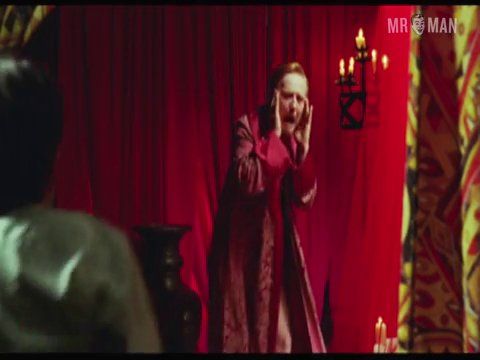 Enrique Martínez is quite a common name; the sexy actor shares his name with politicians, a famous bicycle racer, and a well-know poet, but none of these fine fellows can love up to such a powerful and sexy name as Enrique the thespian. The ginger gentleman made his acting debut in the comedy La marrana (1992), which more than likely earned him roles in the films Tramway to Malvarrose (1997), To the Limit (1997), and Heart of the Warrior (1999). He’s got the heart of a passionate actor that he showcased with his recurring roles on the shows Paco’s Men and Plutón B.R.B. Nero. With his countless movie appearances in films like, 800 Bullets (2002), Life Marks (2003), The Night of the Sunflowers (2006), the comedy flick Slam (2003) was the only one that gave us some skin. He boldly bared his cock and balls in an odd scene of hotel destroying action. That’s not the way we’d turned down the room with Enrique, but we like his spunk! Now we’d just like a little bit more nudity from him!