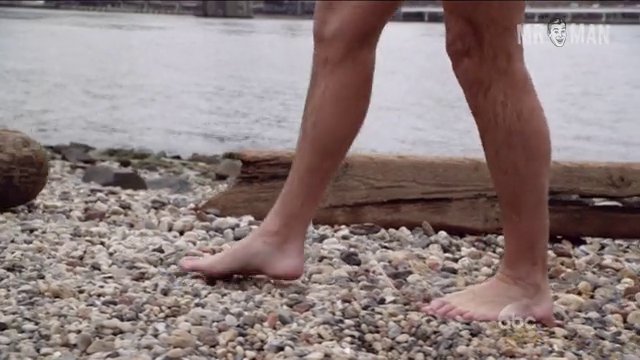 Forever (2014)
Sexy, shirtless Ep. 01x01 | 00:04:00 Ioan pops up from under the water only to have to walk naked through the city. The police get a good look at his privates, but we get nothing.
advertisement

The sci-fi drama series Forever stars Welsh hottie Ioan Gruffudd as Dr. Henry Morgan, a New York City medical examiner is immortal. He doesn’t have the ability to stay dead. Every time he dies, he returns to life in a few hours, usually emerging from a body of water, without any clothes or memory of what has occurred. While using his medical expertise to solve criminal cases, he also tries to solve the mystery that has haunted him for two centuries—the rhyme and reason behind his own mortality. Of course, the handsome doc doesn’t work alone, he partners up with Detective Jo Martinez (Alana De La Garza), a tough-as-nails investigator with more than a passing interest in Henry’s long and colorful life, and his adoring assistant Lucas Wan (Joel David Moore). Throw in Detective Hanson (Donnie Keshawarz), Jo’s colleague, who is skeptical of the medical examiner, and Abe (Judd Hirsch), an antique shop owner and Henry’s best friend, the only dude that is aware of his 200 year-old secret. Since this is primetime television, don’t expect any real nudity. Ioan Gruffudd emerges from a river in the buff, but all we see is his well-toned upper body, which we could look at Forever!