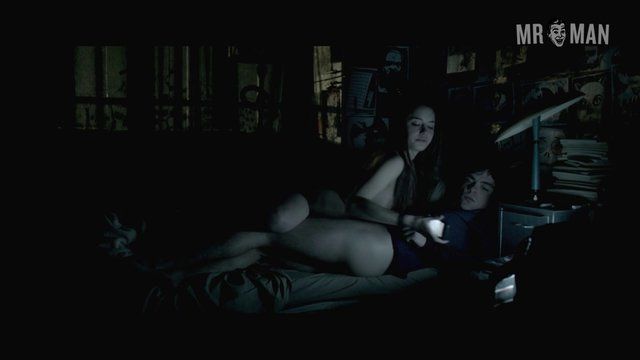 Human Capital (2013)
Nude, butt 01:19:55 Giovanni Anzaldo flips over and bares his smooth, round behind post-sex!
advertisement

Giovanni Anzaldo was born and raised in Italy where he works regularly as an actor, writer, and director. The son of parents who managed a grocery store, Giovanni found his passion for acting in primary school, however he studied economics in college. After college he turned his focus back to acting and soon began landing roles. One of his first roles scored him the prestigious Ubu prize. Shifting between TV and movies, Giovanni always has several irons in the fire. We don’t get to see his iron, but Giovanni does show his fiery hot ass in the movie Human Capital (2013). While in bed with a woman, Giovanni wears only a shirt. When he rolls over to face her, his great butt faces us and we get a cheektastic screen full of hotness as the two hook up.