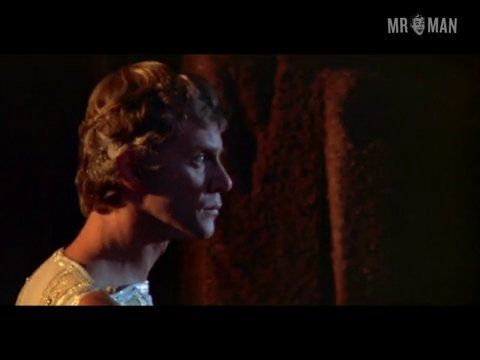 Italian actor Guido Mannari—you can't spell Mannari without man! The former soccer player got into films with a bang, literally, acting in a rough scene for the film L'assoluto naturale (1969). The controversy surrounding the scene launched his career. Mostly cast as the handsome seducer-type, Guido had one more controversy in him before his untimely death in 1988. In the big-budget porno, directed by Italian sexploitation master Tinto Brass and funded by Penthouse founder Bob Guccione, Caligula (1979), Guido got to lock lips with A-lister Malcolm McDowell in the lead role. It was his screen swansong, and what a way to exit the industry.