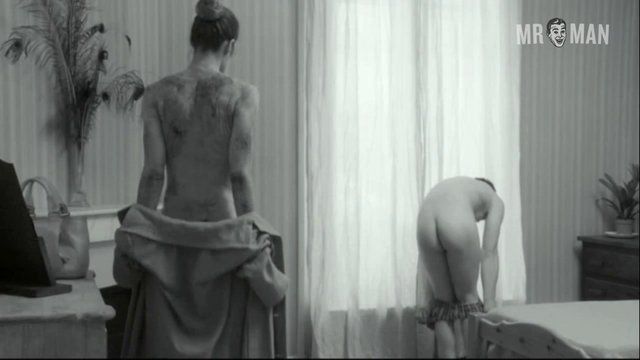 Indésirables (2013)
Nude, butt, penis, underwear, balls, shirtless Jérémie Elkaïm shows us the who cock and caboodle as he disrobes, boxers and all, to show off his tight bod, penis, balls, butt, and beautiful bush!
advertisement

Indesirables (2013) is French for shit you don't want, though perhaps in not so many words. This relationship drama focuses on a group of friends who, for whatever reason, are no longer desirable by the standards of dating. They've had too many failed relationships, commitment issues, etc. and are generally considered to be too risky to be in relationship with. The film's main character is Aldo (Jeremie Elkaim) is the biggest commitment-phobe of them all, but he's also the only guy to go nude in this film, twice baring everything he's got front to back! There's certainly nothing undesirable about Jeremie's body!