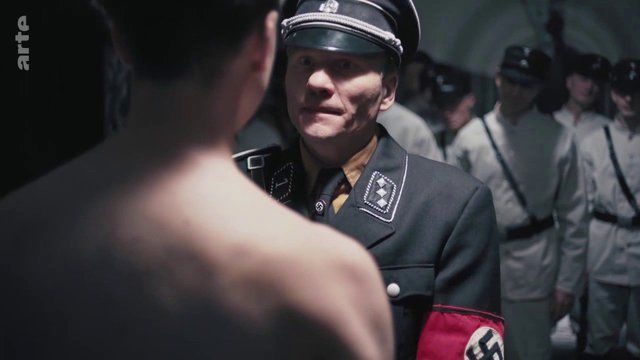 Clash of Futures (2018)
Nude, penis, balls, shirtless Ep. 01x06 Jan gets beaten senseless by Nazis, but at least he's fully naked and showing us his cock and balls.

German actor Jan Krauter is a man of many talents and interests. In addition to his native German, he also speaks English and French while playing a few different instruments as well. After finishing college, where he studied Drama and Acting, he became a member of the Schauspiel Stuttgart ensemble where he appeared in a number of plays. He has since worked regularly on stage and screen. When he isn’t working he likes to stay active and has a strong interest in marital arts. You’ll have as strong interest in Jan’s naked arts when he strips down for an episode of Clash of Futures where some Nazis force him to get naked then give him a beating. As he crawls along the floor in the nude, we get several good looks as his naked body and impressive, dangling dick.