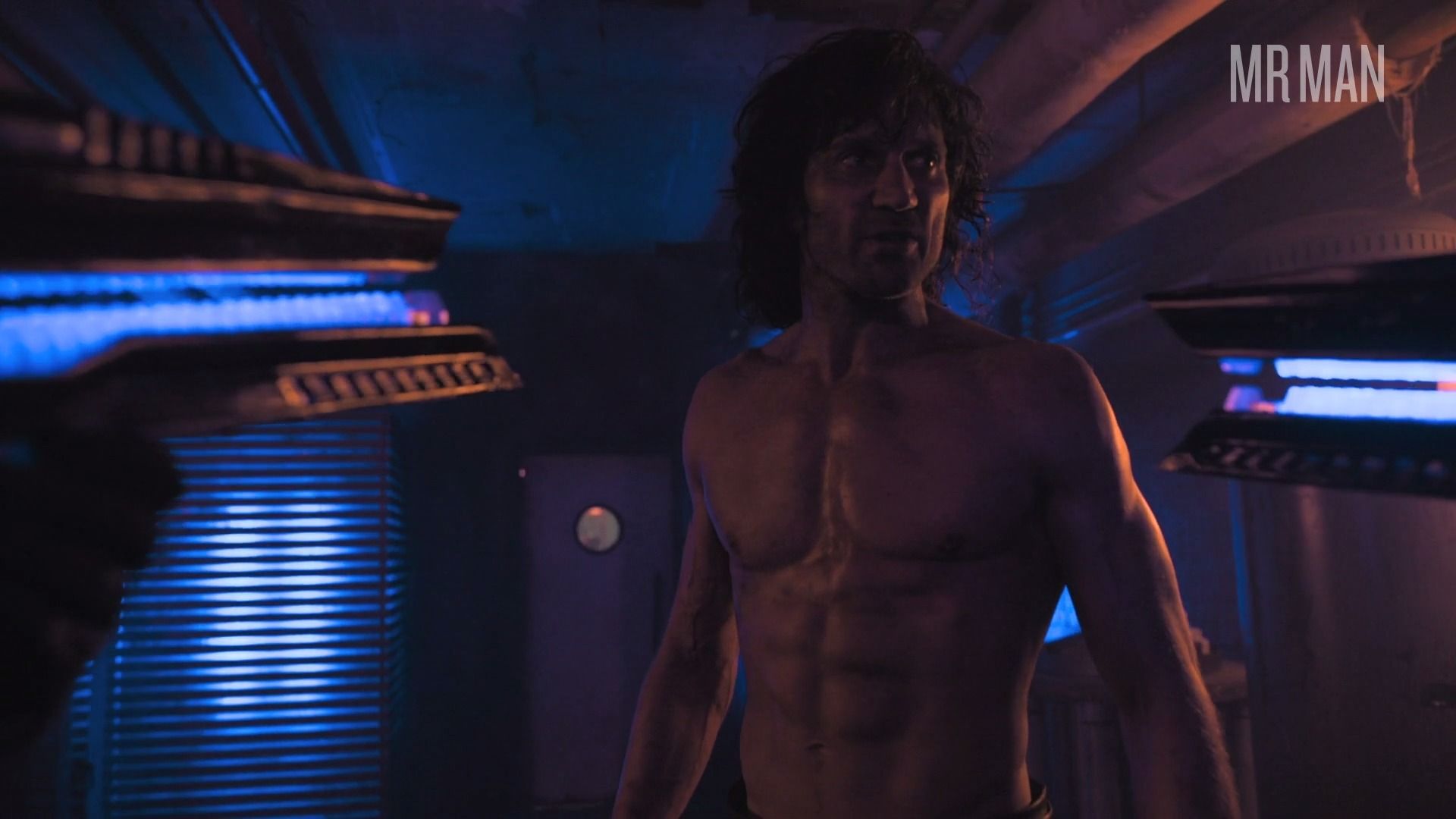 The sexy Jandre le Roux is the kind of guy we'd love to do. This French fox goes by a few names, but we prefer to just call him sexy. Jandre began his career in 2016 and has starred in Blood and Glory (2016), Jamillah and Aladdin (2016), Tomb Raider (2018), Sanju (2018) and so many more. He's a prisoner in Vagrant Queen in which he goes rogue from his shirt to show his perfectly chiseled abs. Damn, that's one tanned and toned body. Jandre's pecs are imPECcable and glistening in this dimly lit scene. Let's hope for more nudity from Jandre le Roux soon!