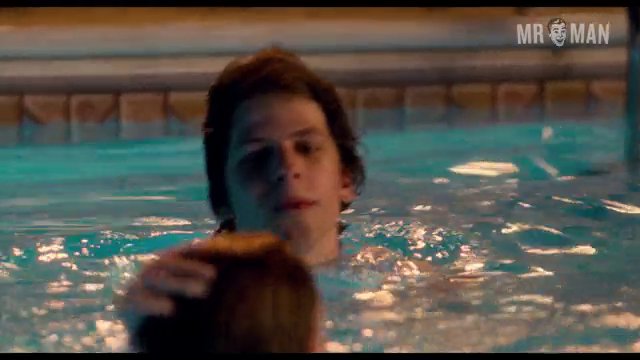 Adventureland (2009)
Sexy, underwear, shirtless 00:21:49 Jesse rocks his white briefs during a dip in the pool. 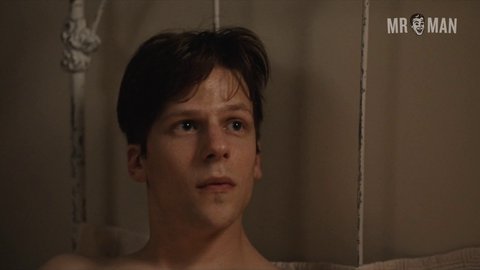 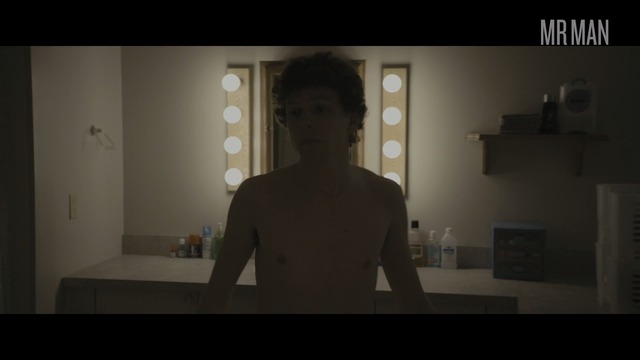 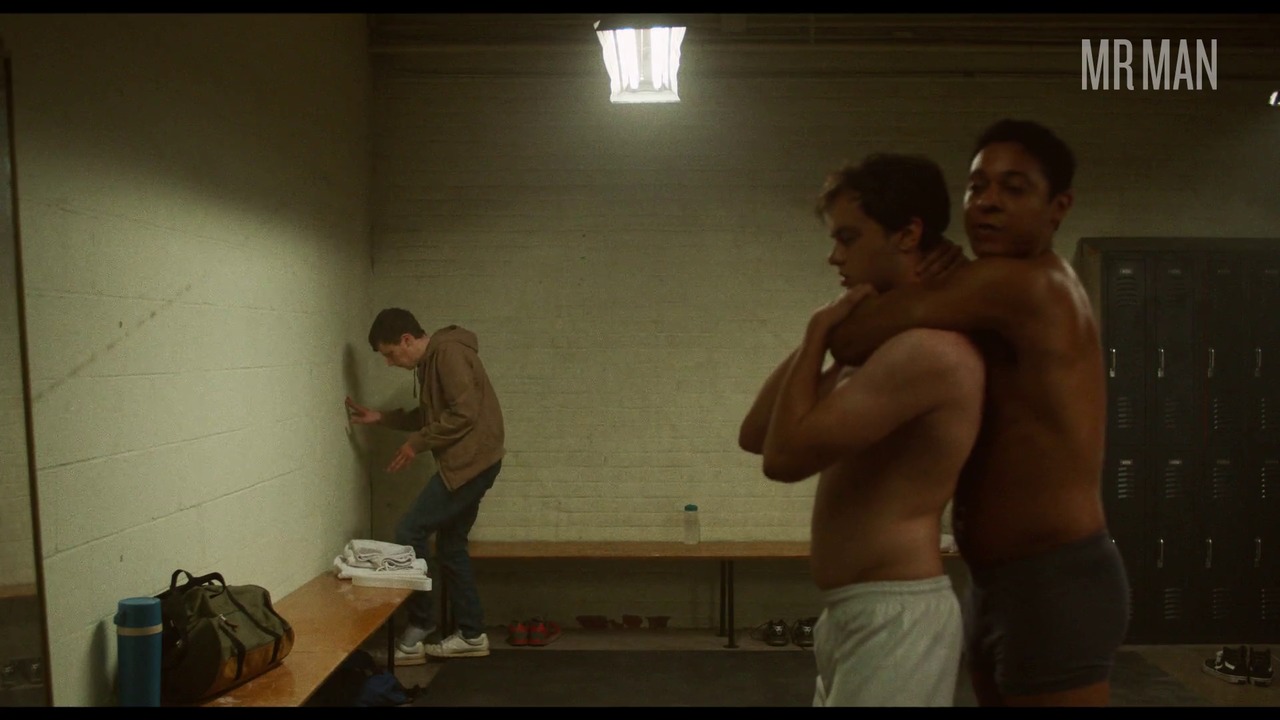 Born and raised in New York city, Jesse Eisenberg naturally started his acting career on the Great White Way. After working on some Broadway and some off-Broadway shows, Jesse moved into television, appearing in the short-run series Get Real from 1999 to 2000. But he didn’t get real big until 2002, when he won acclaim for his performances in two indie films: The Emperor’s Club and Roger Dodger. If Jesse were involved, we wouldn’t be trying to dodge anything!

In 2005, Jesse played the child of divorced parents in the acclaimed indie drama The Squid and the Whale, where his character plagiarizes Pink Floyd for his high school talent show. Too bad we didn’t see Jesse’s Pink Floyd! And in the Wes Craven fright flick Cursed, he played a teenager bitten by a werewolf. Watch out, Taylor Lautner, there’s a hot new teen wolf in town.

In 2009, Jesse returned to the genre in the horror-comedy flick Zombieland with Woody Harrelson. Jesse’s character wanders around pumping his shotgun and spraying pellets into the faces of the living dead. Actually, that doesn’t sound too bad. Hey Jesse, you’re not the only one with a woody!

He garnered an Oscar nomination for his performance as Facebook founder Mark Zuckerberg in the 2010 biopic The Social Network. Excuse us while we hit the “like” button… in our pants!