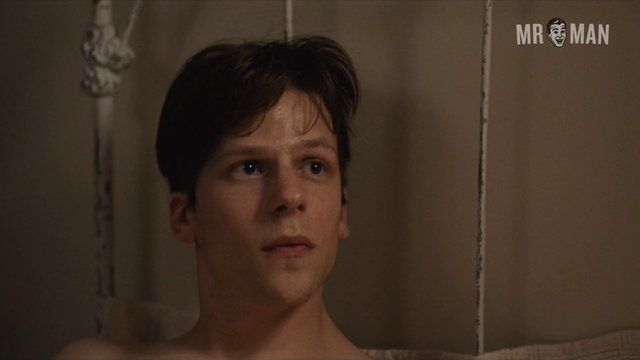 You might need a tissue when watching this tearjerker of a drama. Louder Than Bombs (2015) follows a family in the aftermath of the matriarch's death as they remember Isabelle's life as a war photographer. The father played by Gabriel Byrne and his two sons confront their feelings about Isabelle played by Isabelle Huppert.

One of the sons, played by cutie patootie with the tight booty Jesse Eisenberg shows off his long lean bod when he relaxes in bed. We see you loud and clear, Jesse.