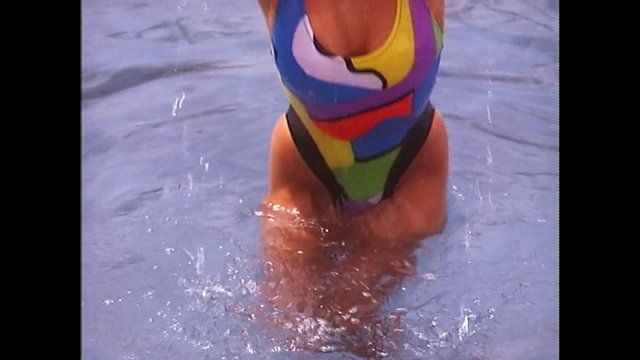 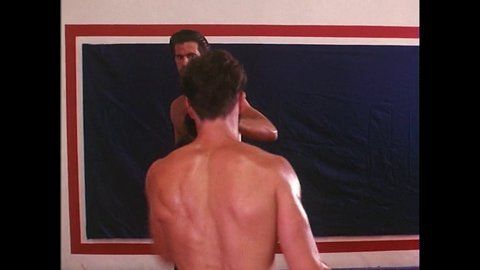 The luscious Lorenzo Lamas is an actor best known for his work in Grease (1978), Falcon Crest, and Body Rock (1984). Lorenzo was born in Santa Monica, California on January 20, 1958. He made his onscreen debut in 100 Rifles (1969) and has since appeared in over 100 films and TV shows. Lorenzo shows some skin in Bad Blood and Night of the Warrior, but our favorite place to see this hunky heartthrob get stripped and sexy is in Final Impact (1992), the kickass kick boxing flick about Nick (Lorenzo), a former world champion, who discovers Danny. Danny wants to become a world champion, so Nick trains him. In their training, they meet Joe, who once dethroned Nick from his title, and this wakes up dormant memories in Nick and feelings of vengeance. This gorgeous guy sure look amazing when he’s in training. It's no wonder that a movie about sexy fighters would feature an ab-tastic dude like Lorenzo. Lorenzo and another guy box, showing off their sweaty six packs. Lorenzo is later shirtless again when he grills in his swimsuit! With abs that chiseled he should never ever wear a shirt. We’re loco for Lamas!

Night of the Warrior