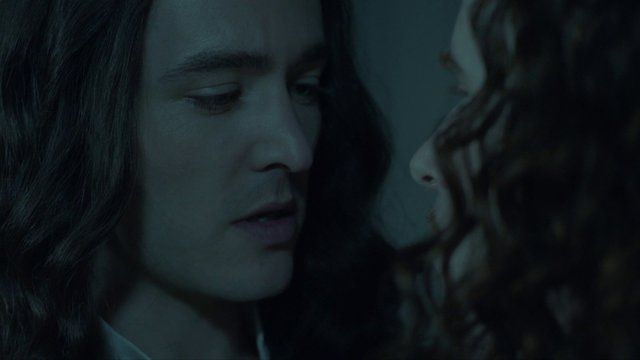 The mesmerizing Mark Rendall is an actor best known for his work in 30 Days of Night (2007), Charlie Bartlett (2007), and ReGenesis. Mark was born in Toronto, Canada on Ocotober 21, 1988. He made his onscreen debut in the TV series The War Next Door in 2000. Mark shows some skin in the TV series Versailles. King Louis XIV ruled France for 72 years, but it wasn't exactly a walk in the park for the dude. At one point, when Louis was a relatively young 28 years old, much of the country's nobility was fighting the monarchy as a whole. Not content to lose his throne, Louis was like, "Nope," and moved the nobles to Versailles, where he hoped to build the greatest castle ever. Combine the increasingly angry inhabitants of said castle with a dwindling bank account and you have some serious First World, 17th Century Probs. One problem you won’t have is finding a place to see Mark get hot and heavy with another delicious dude! We get an eyeful of Mark making out with a guy in an episode called “Of Blood and Stone.” You’re gonna have some blood rushing, that’s for sure!