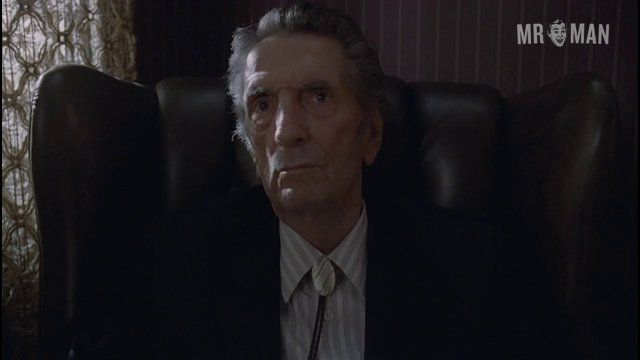 All-American babe Matt Ross is definitely the kind of guy you could bring home to your mother. The Connecticut-born actor has slowly made a name for himself in Hollywood (and in Mr. Man’s fantasies) by earning small roles in films like PCU (1994), Twelve Monkeys (1995), American Psycho (2000) and Turn the River (2007). But it’s been Matt’s boob tube roles that have really given us a look at his real talents. Matt flashed full nudity as the conflicted Mormon Alby Grant on the skin-filled series Big Love. Trust us when we say that Matt really lives up to the show’s title! Though he keeps his clothes on, Matt looked amazing on popular shows like American Horror Story, Revolution and Magic City. Let’s hope Matt continues to work his magic and show off that magic wand in the near future!

2 Pics & 1 Clip
Nude, butt, penis, balls, shirtless 00:35:40 Matt gives a brief flash of dick and butt as he gets dressed in front of his annoying father.