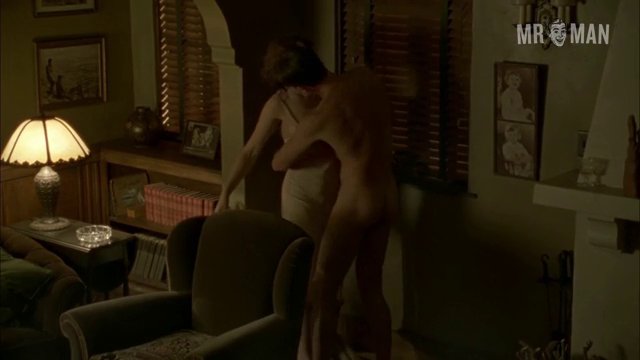 The HBO miniseries Mildred Pierce (2011) may be a remake but it differs from the original in two ways. First, it’s 3 hours longer. Second, and more importantly, it’s got infinitely more skin. Mildred Pierce has been reimagined as an incredibly detailed period piece set in Depression-era suburbia. Mildred is a driven and independent woman who works her way up from a lowly “hash joint” waitress to owner of a successful restaurant chain.  She is also a single mother to spoiled, money-hungry Veda who continually acts out to hurt her long-suffering mother.

While the series is centered on Mildred, there is a little randiness thrown in to spice things up in the form of Guy Pierce.  In the third installment, he tries to calm a manic Mildred.  Part of his seduction involves dropping his robe and revealing (from the back) his long lean, muscled body in all it’s fully nude well lit glory.