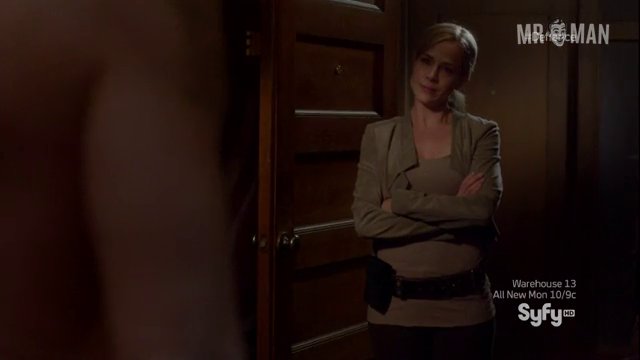 An Army veteran takes up arms against a (literal) alien threat in Defiance (2013). Jeb (Grant Bowler) was only ten years old when the Votan race arrived on Earth after their solar system was destroyed. He was a young military draftee when the Votans went to war against Earth after being denied refugee status, and now Jeb has returned to his hometown of St. Louis to find it has become little more than a bombed-out refugee camp. Seeing that his neighbors need his help, Jeb volunteers to take over as chief lawman in the camp (now re-named Defiance) and protect his fellow Americans from the alien scavengers roaming the countryside. Speaking of out of this world, Grant looks great while shirtless and buttoning up his pants in episode four. That guy is Deep Space Fine!