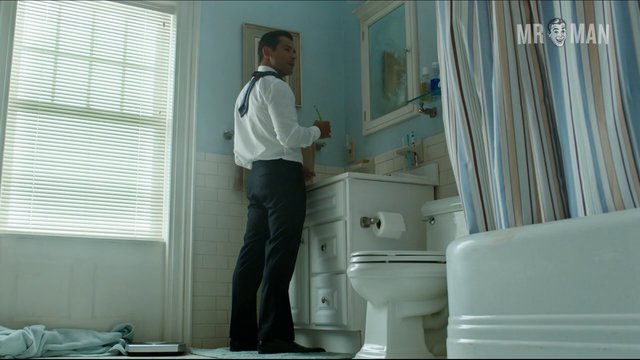 The Amazon-produced comedy series Alpha House follows four Republican senators—Gil John Biggs (John Goodman), Robert Bettencourt (Clark Johnson), Louis Laffer (Matt Malloy), and Andy Guzman (Mark Consuelos)—who share the same house in Washington D.C. Who knew this was a common practice? The four dudes are trying to survive during an election year when a plethora of Tea Party candidates threaten their positions. Funny stuff? If you’re looking for skin from this series, you’ll be sadly disappointed. John Goodman teams up with a body double to give us a generous look at some man ass as he gets out of the shower. Who cares about the Tea Party. We want to see some Goodman tea bagging!