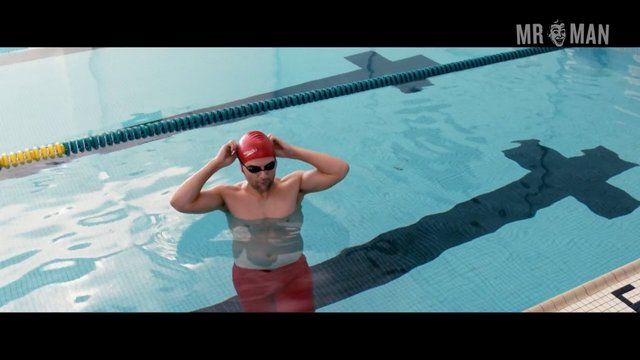 My Blind Brother (2016) features two brothers fighting over the girl, but one is - yes - blind. It's not quite so easy of a trope, though. Nick Kroll plays Bill, the brother still with his eyesight who meets a girl he likes (Jenny Slate) at a bar. She rejects him after they hook up, and Bill is a little bitter, but he's also very shirtless. Robbie (Adam Scott), his blind brother, is a competitive athlete that uses Bill's guidance for help running and swimming, and surprisingly enough, is the asshole of the two. When Robbie starts a new romance with Nick's hookup, it strains their relationship quite a bit - but nonetheless, they still spend a lot of time shirtless in the swimming pool. Will Bill get the girl? Will Robbie win the race? We don't know, we do know the brothers spend a ton of time without their shirts on.