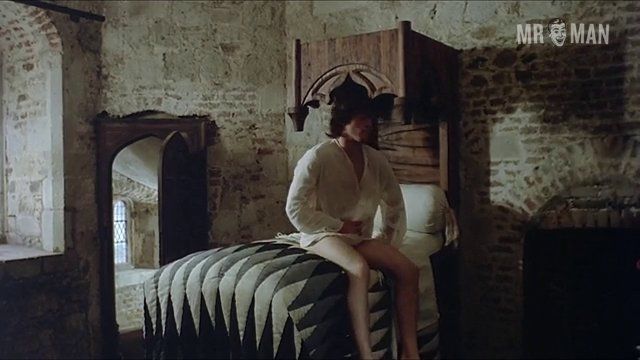 Though Italian stud Oscar Fochetti only made two films, he definitely knew how to select films for which he would be remembered! Oscar's screen debut came in director Pier Paolo Pasolini's The Canterbury Tales (1972), the second film in his "Trilogy of Life" series. He teamed up with Pasolini once more the following year for Bawdy Tales (1973) before calling it quits, or maybe perhaps there were no more movies with the word "Tales" left to tell! Either way, it's his nearly nude work in The Canterbury Tales with which you'll want to become intimately familiar! Check out Oscar as he gets out of bed wearing nothing but a thong, showing off his taught tush and terrific torso! There's no doubt about it, Oscar Fochetti will get you all sweaty!