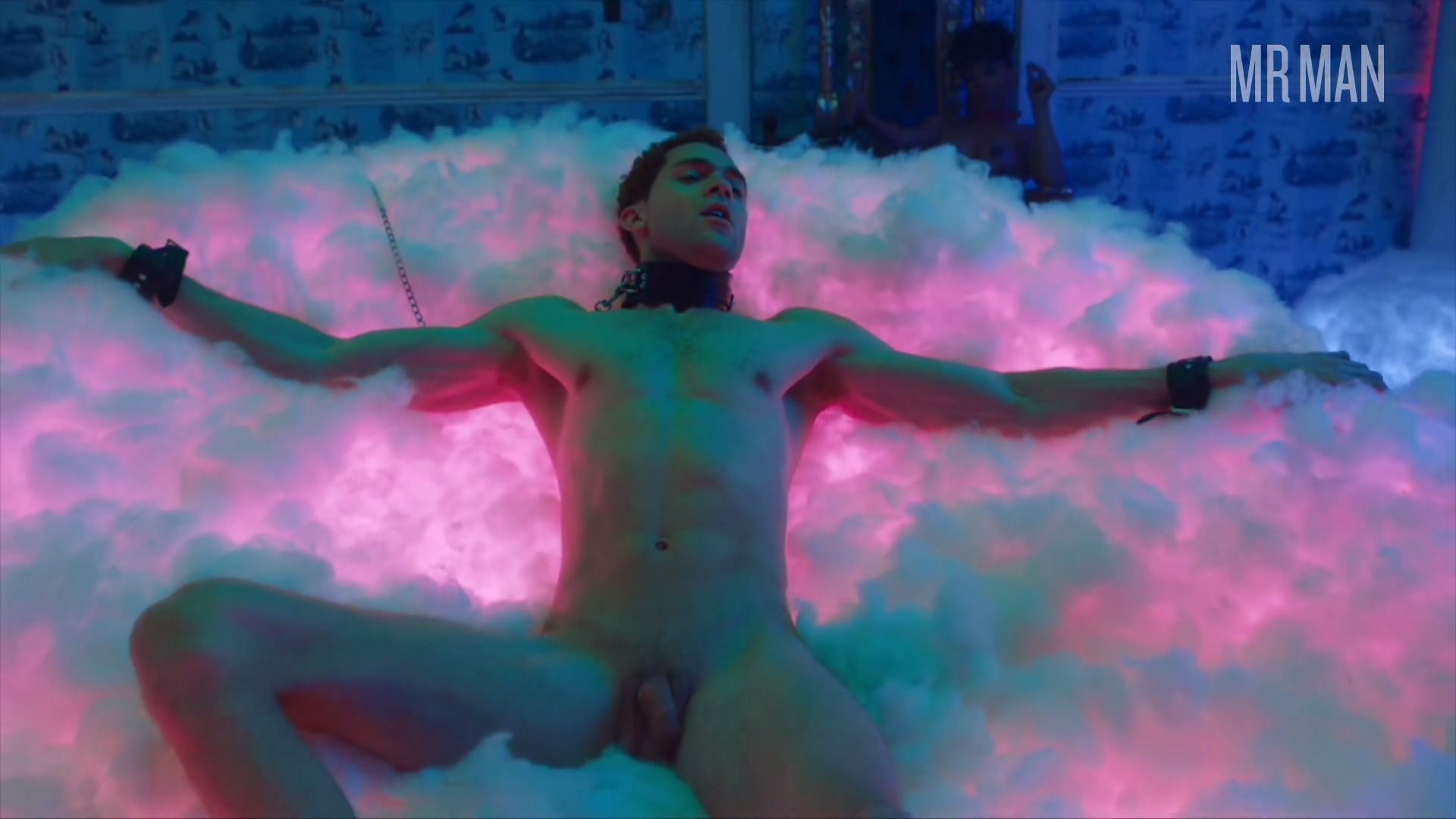 P-Valley (2020) is a crime drama on Starz about dancers at a southern strip club called The Pynk Club in the down and dirty Mississippi Delta. The club owner, Uncle Clifford played by Nicco Annan, struggles with debt and tries to avoid an imminent foreclosure. Mercedes (Brandee Evans) meanwhile looks forward to retiring after a long career of headlining the club as the reigning strip queen. Her goodbye show is the talk of the town as everyone wonders who will become the new star of the club after she leaves. Her plan after retirement is to open a gym and teach dancing, but there are obstacles standing in the way of that dream as well. This whole series is adapted from the play Pussy Valley written by Katori Hall. Nicco Annan is a hot club owner. We get to see him strip in one scene in which he simply changes clothes in his bedroom. He flings off his robe and shows off his beefy body. Check out his burly barrel chest that is smooth and sweet. Well, take a look if you can. We know your eyes will be trained on his ass. His plump peach is so delicious that you won't be able to look away. Make sure to take it in before he slips on his jeans. The camera zooms in on his hand putting on his belt which is when we can see his long, shimmering nails. He likes to look as good as his dancing girls!