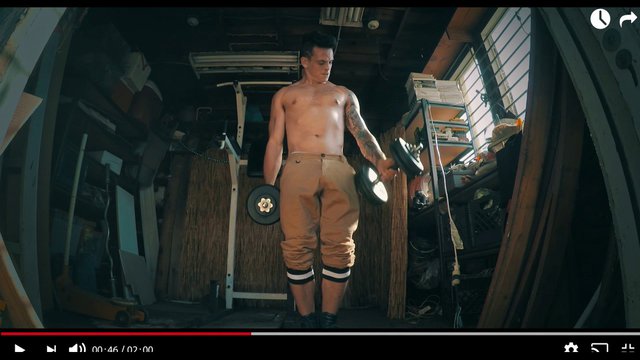 Public Disturbance (2018) is a hilarious film based on pranks that the comedy group The Janoskians perform...oh, and Mike Tyson. Bobby Lee stars and shows his bouncing buns when he jumps naked on a bed with his back to the camera. Beau Brooks meanwhile doesn't disturb the public at all when he's sexy and shirtless. Oooo, look at that chest! Finally, Daniel Sahyounie proves that he's a total stud when he works out shirtless for the camera, popping those bulging biceps with dumbbell curls. He later shows us some underbun and bulge by lifting his underwear for his pals. Now that's what friends are for!