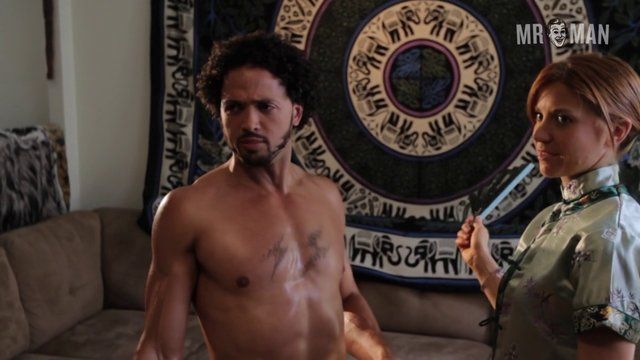 Kyle Brady shows off his upper body as he relaxes in a bubble bath. Sean Crampton exposes his upper body when he is dressed like a caveman while out in the woods then later we get a nice look at his tight ass as he gets naked on a film set. William Gabriel Grier gives us a look at his body when he works up a sweat while wearing nothing but some very tight underwear.