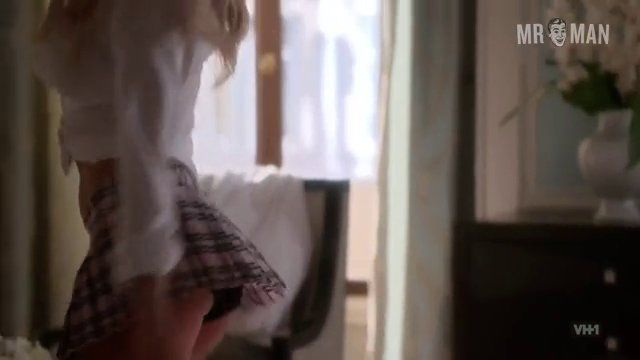 Hit the Floor (2013-2018)
Sexy, underwear Ep. 02x04 Robert gets some hard-on help from his lucky gal. And all he gives us is some underwear action.
advertisement

Exotic dreamboat Robert Gant has a lot of culture running through those sexy veins, as he is of Spanish, Italian, Cuban, Irish and English decent. Robert started acting as a young adorable child--even performing soft shoe with Bob Hope--before growing into the hot-bronzed hunk we know today.

The first steamy film featuring Mr. Gant’s  gluteus came in 1996’s Jane Street, which perfectly shows off this ham’s cut cheeks while he dips his wick. Four years later Robert landed his break out role as gorgeous, gay college professor Ben Bruckner in Showtime’s Queer As Folk, which made him a hero in the LGBT community.  His delectable dumplings are so freakin’ fantastic, you’ll want to take a bite! And if that’s not enough to wet your appetite, check out Robert the pervert in a ravenous sex scene with Camilla Overbye Roos in The Contract (2002). When it comes to Mr. Gant sans pants, sign on the dotted line!