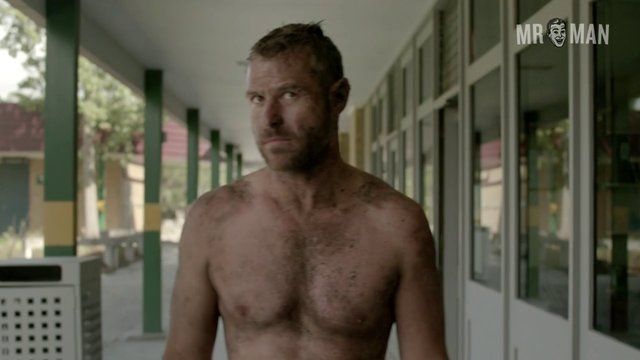 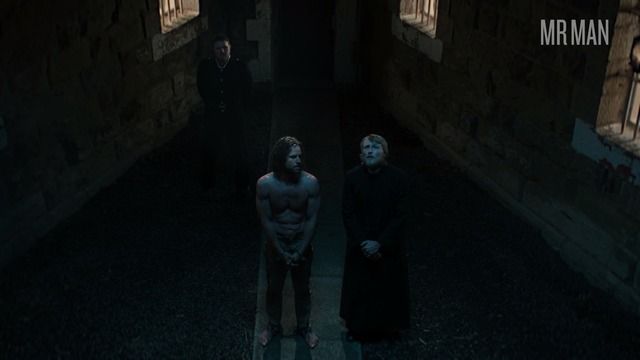 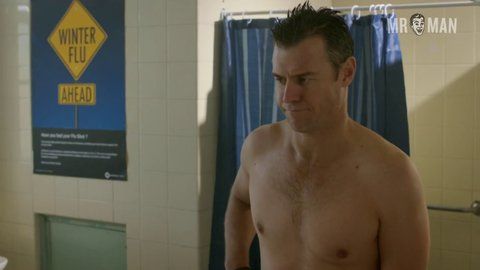 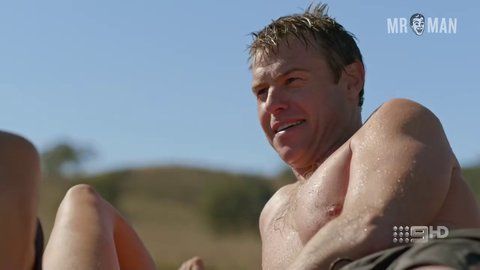 Before becoming an actor, Aussie hottie Rodger Corser was the singer in a Melbourne based pop band. His big break came in more ways than one when he was in college and was selected from more than 6,000 people to play the lead role in RENT. During his run in that play he met his longtime girlfriend and the mother of his children and he established himself as a quality actor which allowed him to go on to appear in a number of TV series and movies.

He shows off his well-built Aussie ass in in the TV series Glitch (2015 -). In one episode we get some serious backage as a dirt covered Rodger walks into a hotel room fully nude. He might be filthy, but his ass looks so good your hands will be reaching into your outback. In a later episode he is all cleaned up and looking fine as he relaxes in bed shirtless.