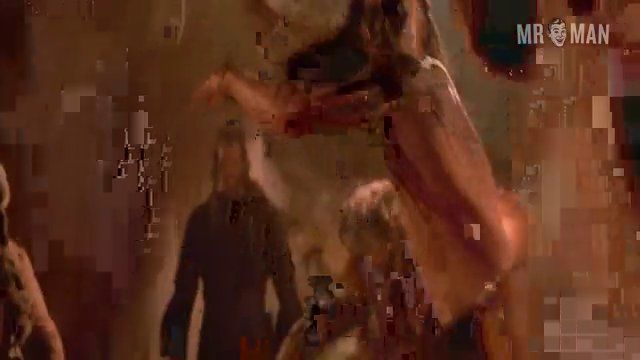 You might not recognize Samuel La Bihan's scruffy mug (yet), but this expressive French actor is one of the biggest stars of the European silver screen. He's been acting since 1987, but Samuel rose to stardom in the historical horror movie Brotherhood of the Wolf (2001), where he also caused some other things to rise wearing nothing but a long blonde ponytail.  Samuel has kept his tight tush in his pants since then, but as his star rises in films like He Loves Me...He Loves Me Not (2002) and the Mesrine movies (2008), it won't be long before Simon busts out his Le Behind once more.

Brotherhood of the Wolf (2001) - as Grégoire de Fronsac