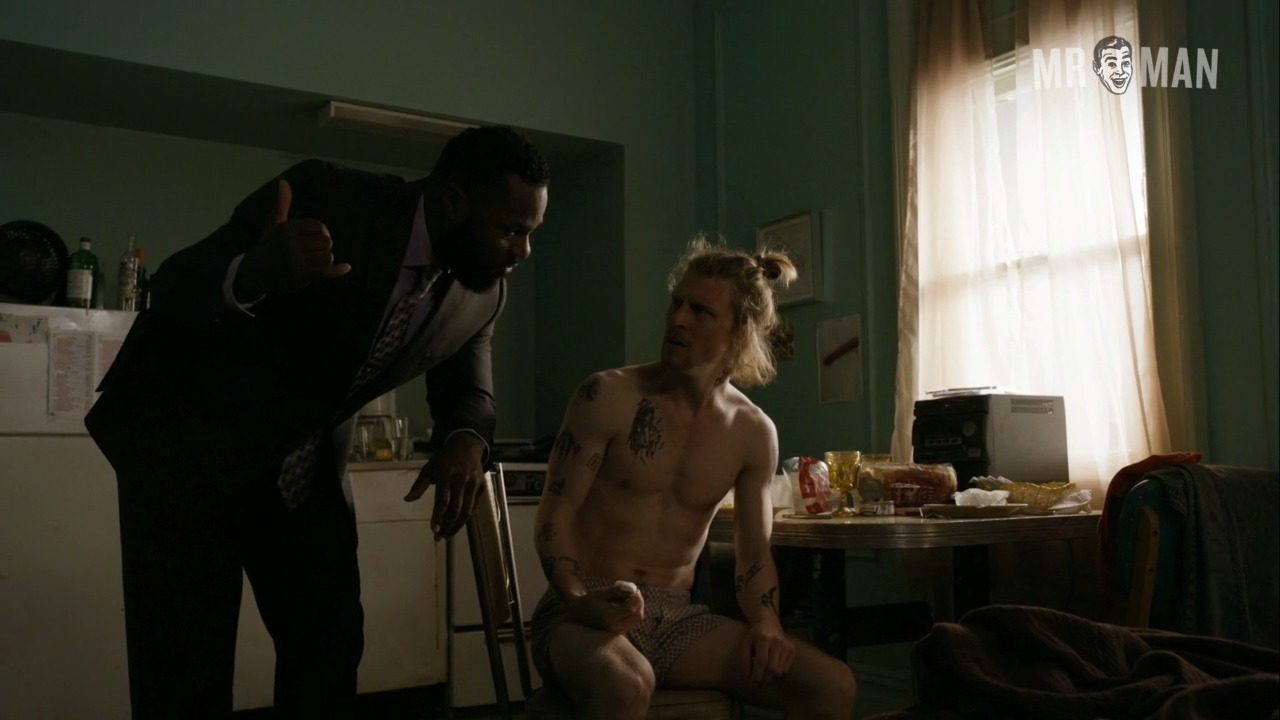 Sneaky Pete is a crime drama series created by Bryan Cranston and David Shore, and starring Giovanni Ribisi, Marin Ireland, and Shane McRae. This Amazon Original premiered in 2015 and follows a con man who hides from his past by stealing his old cellmate’s identity. When he reunites with his cellmate’s eccentric family he becomes tangled up in a dangerous crew just as bad as he was trying to escape, however in the process he gets to be a part of a family like he never had. The captivating Colin Bates gets stripped and sexy in season one, episode three. We get a great look at Colin’s tight, toned bod in just his just his underwear when this bodacious babe gets interrupted while banging a lucky lady! We would never interrupt an artist in the middle of his masterpiece! Jacob Pitts joins the party, going fully nude when he's surprised as he hops out of the shower! We’d love to get another sneaky peek at this sexy Sneaky Pete star!