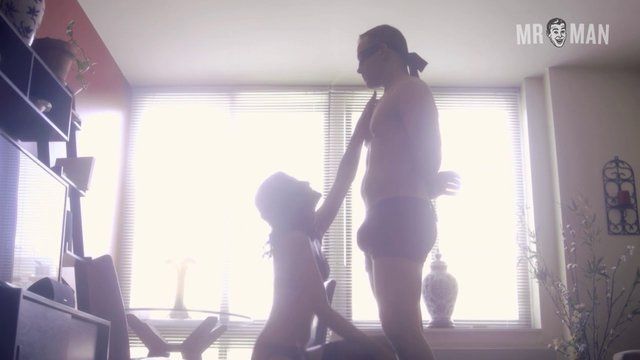 Sole Proprietor (2016) is about a former CIA contractor Crowley, played by Dan Eberle, who fakes his own death. While he waits for his new identity, he hides out and meets a foreign prostitute played by Alexandra Chelaru. The two form an unlikely relationship that's as electric as it is sexy.

Did you want to be the Sole Proprietor of Dan's beefy behind? You've got it! He shows off those buns as he gets kinky with a lady. We are as in love with his backside and strong athletic legs as we are with his muscular chest that he shows off plenty throughout the movie. He can't be bothered to wear a shirt! Who could blame him with pecs like those?

Nude - as Crowley from the Internet