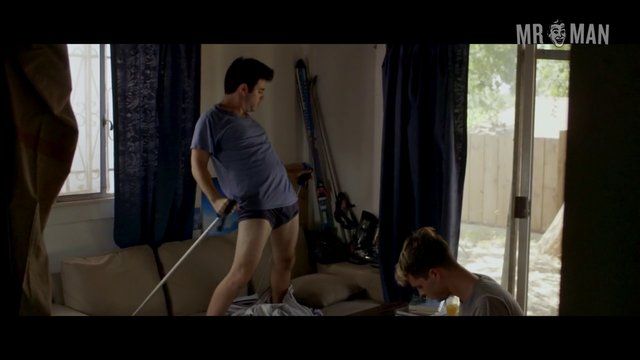 Temps (2016)
Sexy, underwear, shirtless 00:03:31 Grant Rosenmeyer makes our Temps-ature rise as he stands on the couch in his adorbs undies.
advertisement

Do you think there’s such a thing as too many ass-filled millennial-centric romantic comedies? Neither do we! Temps (2016) dives into the world of ski-bum and seemingly eternal temp employee, Jefferson (Grant Rosenmeyer). Year after year the dark-haired stud can’t wait until it’s time to hit the slopes, that is, until he finds another slope that he wants to hit, Stephanie’s (Lindsey Shaw)! This chick is a corporate go-getter, and throughout Temps Jefferson does some growing up, realizing that sometimes settling down isn’t the same thing as settling. You’ll be sitting down with a bottle of hand lotion after seeing hot young ass from the sexy Grant! One of the flick’s running gags is the rambunctious sex that the lovebirds have, and thankfully it includes looks at Rosenmeyer’s thrusting cans! He makes our Temps-ature rise, among other things!