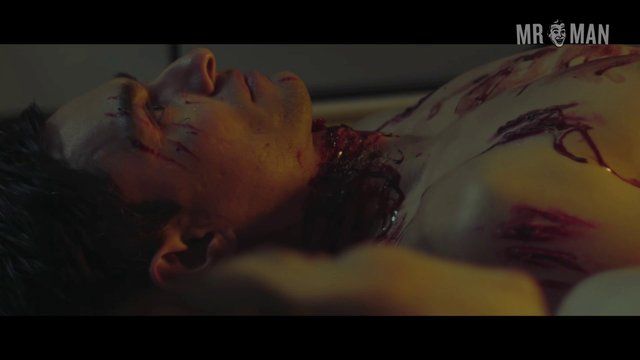 Other Halves (2016)
Nude, penis, balls, shirtless 00:00:47 Check out Ezra Griffin's dead sexy package as he lays on the floor.
advertisement

Sci Fi takes a scary turn in Other Halves (2015) a movie about a team of scientists who have developed a new dating app. When it launches, however, they discover it has terrible side effects. It causes the users to lose control and take part in evil behaviors. The developers choose to profit off of this rather than fix the bugs.

We'd lose control to check out Ezra Griffin's perfect package as he lays on the floor - practically begging us to hop on top of his dead sexy bod! Carson Nicely could fit nicely as our other half when he strips down to his undies, showing off that tight torso. A shirtless hottie? Thank God there's an app for that!