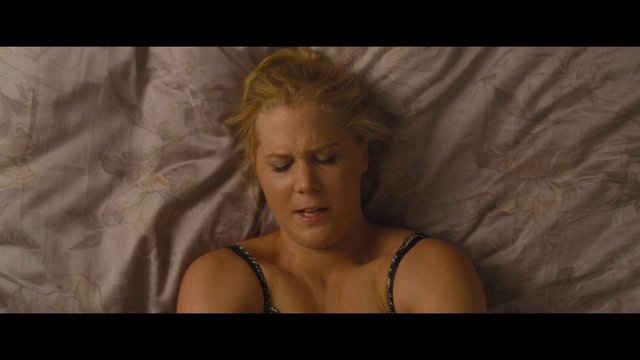 The first big-screen comedy by the one and only Amy Schumer, Trainwreck lays out your typical rom-com plot—but this time with a twist. Amy plays Amy (surprise), a commitment-phobic magazine writer who was taught early on that monogamy is unrealistic and usually ends in divorce. Determined to sleep with a string of guys instead of getting attached to just one, she finds herself in a series of unfulfilling, shallow relationships, ultimately putting her in a deep rut (and a horrible relationship with the beefy John Cena). When she's assigned a story on a successful sports doctor (Bill Hader), she unexpectedly falls for him in all his nerdy glory, upsetting her carefully constructed notion of love. Will she face her fears, or will she continue to bone dudes like Staten Island Oli (Josh Segarra)? Luckily, her initial inclination toward beefcakes means we get to see some well-sculpted ass on some of Hollywood's hottest men. Segarra shows his seat meat while Schumer judges his dick, and John Cena gives us a glimpse of his perfect glutes before turning around with nothing but a towel covering his cock! Hader doesn't offer much in the skin department, but we do get to see a photo of him shirtless in the shower. No matter how you slice it, one thing is for sure: Amy's taste in men is anything but a trainwreck.