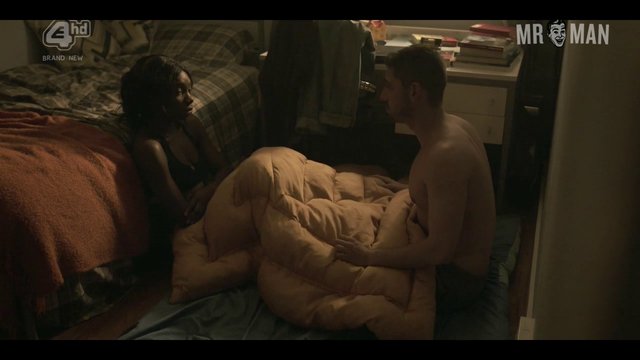 The six part science fiction series The Aliens is a British show that addresses contemporary issues through a story of extraterrestrial beings landing in the United Kingdom. In this fictionalized world these aliens are kept separate from human beings in deplorable conditions, and are guarded by border patrol officers. It just happens that one of these officers is the hunky Lewis (Michael Socha), and that in addition to being half alien, he also falls in love with one of the aliens. As the story unfolds we get some great ass shots from the beeftastic Trystan Gravelle, as well as some hot shirtless action from Shaun Parkes! We cum in peace!