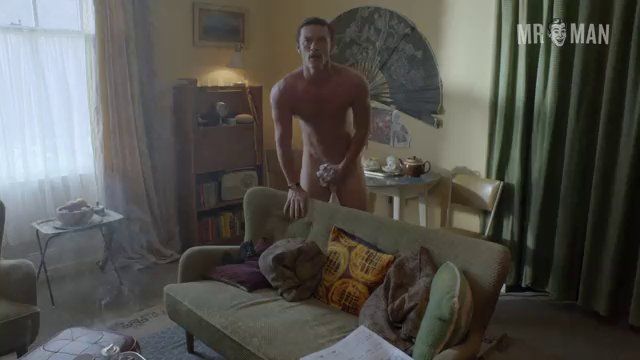 The Great Train Robbery (2013)
Nude, butt, underwear, shirtless Luke is caught with his pants down, literally, and though he manages to keep his best bits covered, we do get a nice glimpse of his glutes!
advertisement

The Great Train Robbery was a two-part miniseries that aired on the BBC in 2013. Not to be confused with the 1978 Michael Crichton film of the same name, or the 1903 silent film of the same name, which is widely regarded as the very first narrative film. No, this one is based on the true story of a robbery that occured on a train traveling from Glasgow to London in 1963, and netted the criminals more than 2 million pounds. The police soon set their sights on Bruce Reynolds (Luke Evans), the man they believe to be the mastermind of the whole plot! Whether he masterminded it or not, Luke Evans is always lovely to look at—or Luke at, as it were—and we get a fantastic scene where police bust into his home while he's naked! He manages to keep his best bits under wraps, but we do catch a brief glimpse of his glutes! Somebody call the police, I think that man just stole my heart!