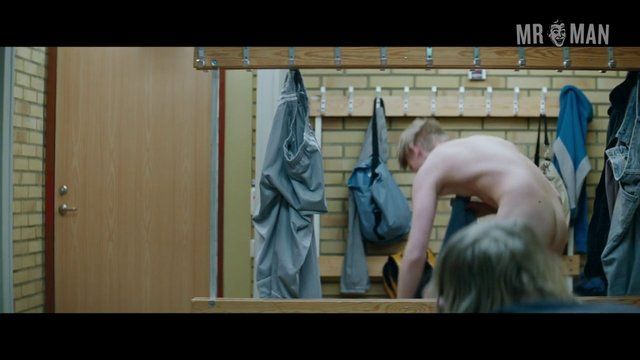 The Here After (2015)
Nude, penis, balls, shirtless, butt Oliver gets up to reveal his uncut cock before wrapping a towel around his waist while Ulrik shows of his tight ass! Where's this locker room again?
advertisement

Swedish drama The Here After (2015) reminds us that some people never forget, or forgive. John (Ulrik Munther) let his anger get the best of him and it resulted in the death of his girlfriend. After serving time in prison he returns home to his brother and father, hoping to start a new life. When he arrives he finds his family not terribly excited to see him and the community forming a lynch mob to give him the justice they feel his former girlfriend deserves.

Ulrik and Oliver Heilmann both go full frontal in a locker room. They strip off their clothes and hit the showers letting us see their tight ass, nice upper bodies, and impressive packages. Nothing is left to the imagination as these two strip down and talk in the shower.