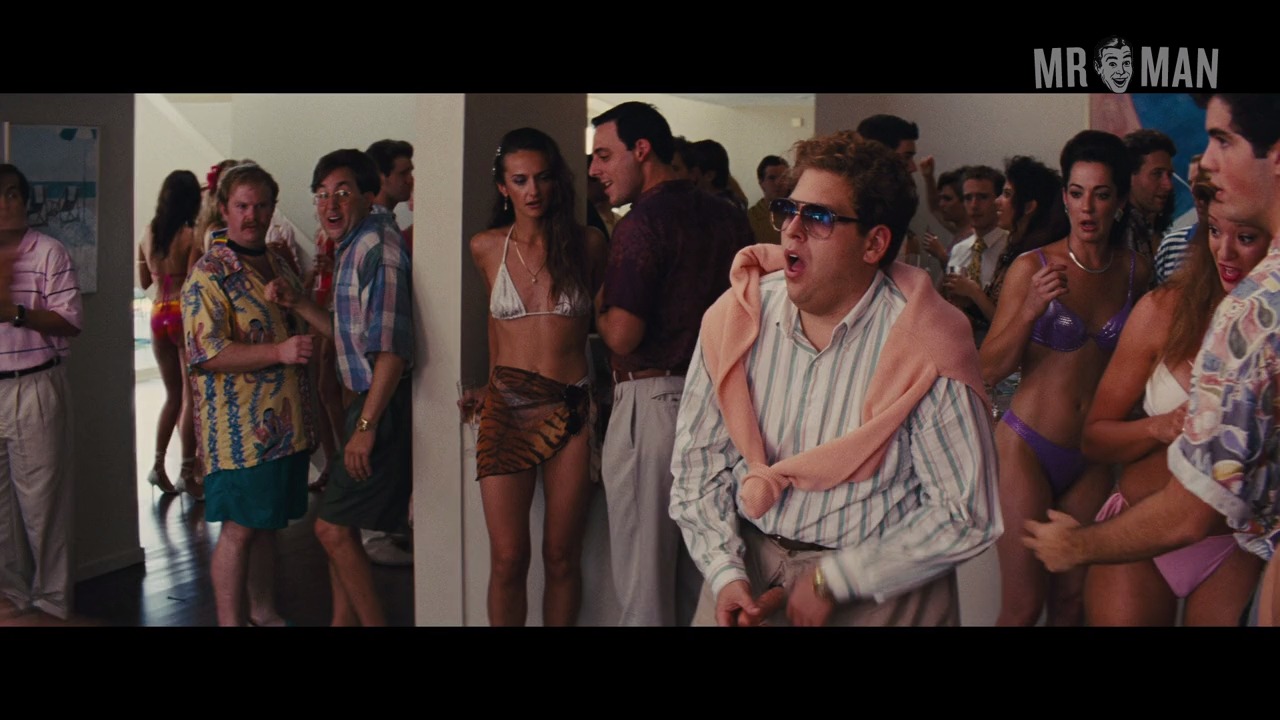 The Wolf of Wall Street (2013)
Nude, penis, prosthetic, erect Jonah plays peek-a-boo with his erection at a party. Looks like a prosthetic. What a tease!

Based on the memoir of Jordan Belfort, a shady penny stock pusher that huffed and puffed and blew the doors off of Wall Street in the late 1980s and early 90s with his underhanded brokerage shenanigans, The Wolf of Wall Street (2013) follows Leonardo DiCaprio as the titular wolf as he indulgently defrauds public investors by artificially pumping up the price of stock from obscure companies. As Jordan simultaneously obtains the American Dream and turns it into a nightmare for others, the world of excess eventually swallows him. Jordan becomes victim to the plethora of pitfalls often attached to quick cash: gold digging gals, illegal drugs, mob intrusion, and risky behaviors. It’s only a matter of time before the Federal government catches up with Jordan and his equally guilty sidekick Donnie Azoff (Jonah Hill), showing the defrauding douches that crime doesn’t pay as well as they thought. But Leonardo’s fine ass pays off in spades as he bares his beautiful buns in multiple scenes of lust and wonder. This wolf can huff and puff and blow Mr. Man’s pants down.