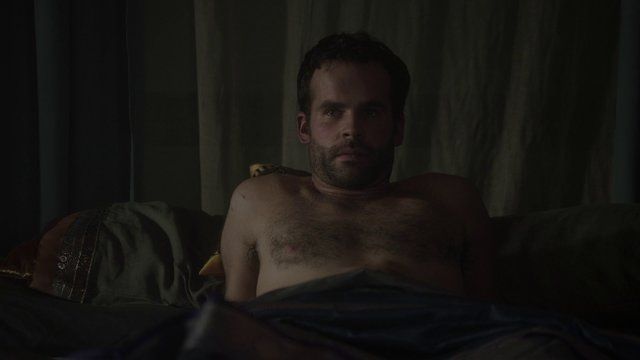 Tim Carlsen grew up, went to college, and still lives in New Zealand. He has worked extensively in movies and TV including appearing in more than a dozen episodes of the hit TV series Dirty Laundry. While he loves working on TV shows and movies, his first love is the theater where he wrote, produced, and has starred in a play titled I Love You, Bro that has played to sold out audiences around the globe. We see Tim wake up and sit up in bed in an episode of Roman Empire: Reign of Blood that gives us a chance to take a gander at Tim’s tight upper body and hairy chest. He might be a Kiwi in real life, but on screen he is one sexy Roman!