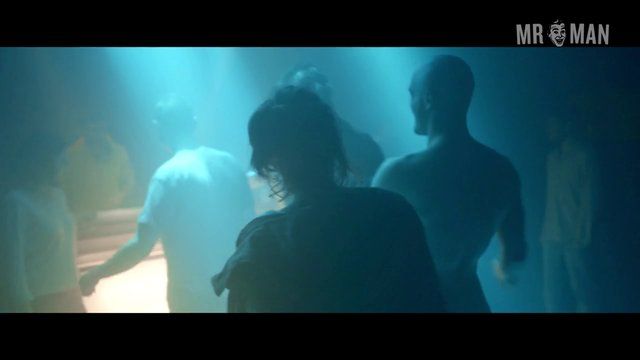 Victoria (2015)
Nude, butt, penis, balls, shirtless 01:32:55 Franz Rogowski and Burak Yigit get their freak on at a dark dance club, showing off their tight asses and glimpses of dick as they rave!
advertisement

Victoria (2015) is a crime drama with one hell of a gimmick. It was shot in one continuous take that covers the entire 2 hours 20 minutes of the movie. With many different locations the sheen logisitics of the movie must have been a nightmare. The gimmick doesn’t overshadow the story of a girl from Spain who moves to Berlin and one night goes out to a club where she flirts with a guy who has a dangerous secret that is exposed, pulling her into a wild roller coaster of danger and intrigue.

Franz Rogowski flashes some ass when he carries a woman over his shoulder and his pants fall down. A little later we get a better look at that booty when Franz and Burak Yigit dance around naked during a rave in club. It’s a little dark, but there are plenty of lights that let us get some good looks at their great bodies and fine asses.