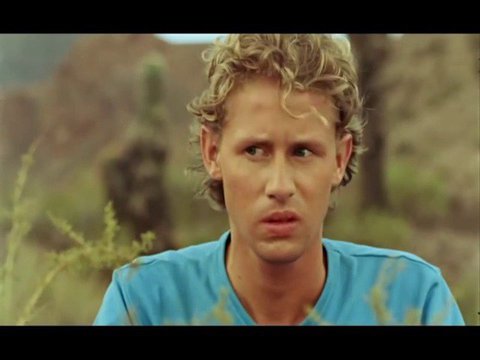 
Zoo Rangers in South America (2007), also known as Zoop in Zuid-Amerika, is a comedy from the Netherlands. This mad cap Dutch comedy stars Thomas Berge, Peggy Jane de Schepper, and Nicolas Dolenksy and was directed by Johan Nijenhuis. We get a peek at some bodacious booty in this comedy. The erotic Ewout Genemans lets us get up close and personal with his amazing ass while he tries to poop in the great outdoors. We can’t take our eyes off Ewout’s tight tush as he runs around in the grass! Now if only this delicious Dutchman had given us a better look at his Netherlands!