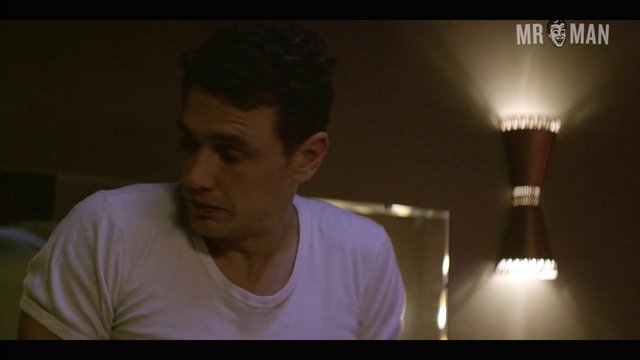 Based on a novel by Stephen King, 11.22.63 tells the tale of a good-looking teacher (James Franco) who is able to travel back to 1963 in order to attempt to prevent the assassination of an attractive president (John F. Kennedy). In the early sixties he meets even more good-looking men, like the English stud-muffin George MacKay. MacKay looks more than okay in his teeny tiny tightey whities in the show's third episode. The Stephen King novel - which uses slashes instead of dots, 11/23/63 - was named one of the top novels of 2011 by The New York Times upon it's release. When Hulu announced it would produce a mini-series it certainly raised eyebrows. And when it was announced the likes of Franco and and MacKay would appear in the series, it raised libidos as well - and dropped pants. The sixties have never looked so sexy. The hair, the cars, the old-timey reel-to-reel recording devices are all great. But best of all are all the magnificent men in their sexy sixties suits. The hair, the hats, the gentlemanly behavior, taking a walk down memory lane can be pleasant for all the senses.