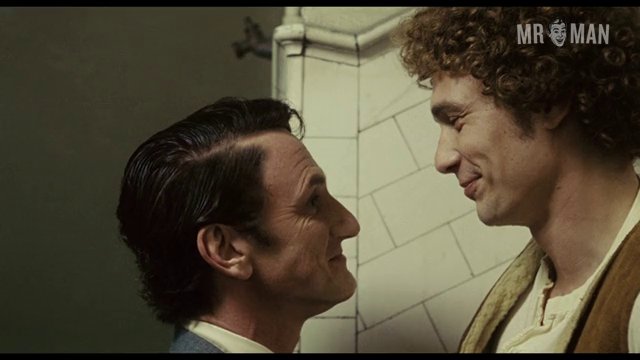 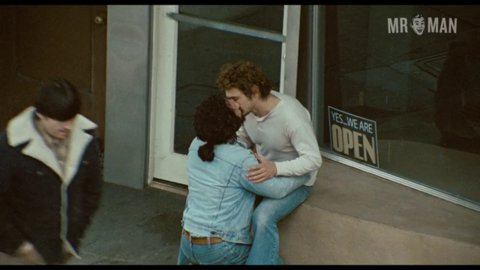 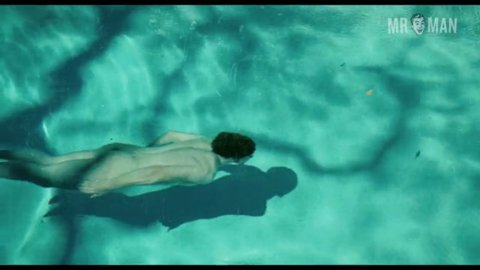 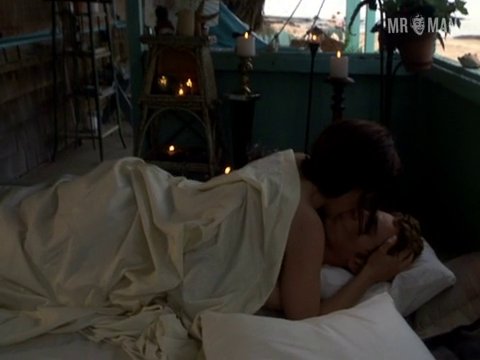 You might say James Franco is a Renaissance man. He is a famous actor who decided to go back to school to better his craft. He turned down high paying roles to produce and direct a documentary and he published a book of his short stories. In his free time he blogs, paints and plays music. He also isn’t afraid to bare his beautiful bottom for the betterment of his art. We like that kind of commitment. In 2009’s acclaimed Milk, Franco is seen swimming nude in a pool. We get a gorgeous long shot of his body from behind. The butt bonanza continued in James Dean (2001) and Sonny (2002) where Franco unleashes his stupendous, sweet cakes in multiple scenes. Known for getting into his roles, a close-up even shows that he likes to keep things natural down south with a nice, thick nest of hair that peeks out and says hello. 2009’s Whatever it Takes technically doesn’t have any nudity, but we do get to see James tied to a bed wearing only a black thong and if you look at the deleted scenes on the DVD we are treated to an outtake where he gets cheeky and gives us a full-screen shot of his tight tush. James hasn't really shown his penis, but he did tease us with prosthetic in The Broken Tower. He has played gay, however, and we thank him for that. He's embraced kissing men in King Cobra and I Am Michael where he had a hot threesome with two men. James is truly an onscreen chameleon going from ass and cornrows in Spring Breakers to portraying naked Tommy Wiseau in The Disaster Artist (2017). He's also shown his ass in less cartoonish costumes in Good People, The Adderall Diaries, Why Him? and the porny series The Deuce (2017) where he plays Vincent Martino.  James seems to be getting more daring with age. With any luck, he will soon play a construction worker that lets us see his jackhammer.

4 Pics & 2 Clips
Nude, gay, shirtless, butt 00:34:24 While washing cars Keegan divulges to James that he's porking their assistant, but Keegan makes up for it by later baring ass while pounding Franco over the couch! We'll say it again: What. A. Movie.

8 Pics & 4 Clips
Nude, butt 00:04:13 James Franco flashes his ass in front of an unsuspecting crowd! Shake your groove thing, James!
Nude, butt 00:26:40 Get a quick ass flash from Franco as he leans in for a hug. These parents don't know how lucky they are!

The Adderall Diaries (2015) - as Stephen Elliott

11 Pics & 4 Clips
Nude, butt, straight, shirtless 00:21:56 James Franco dazzles and delights with a tiny bit of crack as he plows his woman in the sac. Now when are we going to get that frontal!

13 Pics & 3 Clips
Nude, butt, straight, shirtless 01:16:17 James gets busy with a couple of chicks, then shows his ass while sitting poolside!