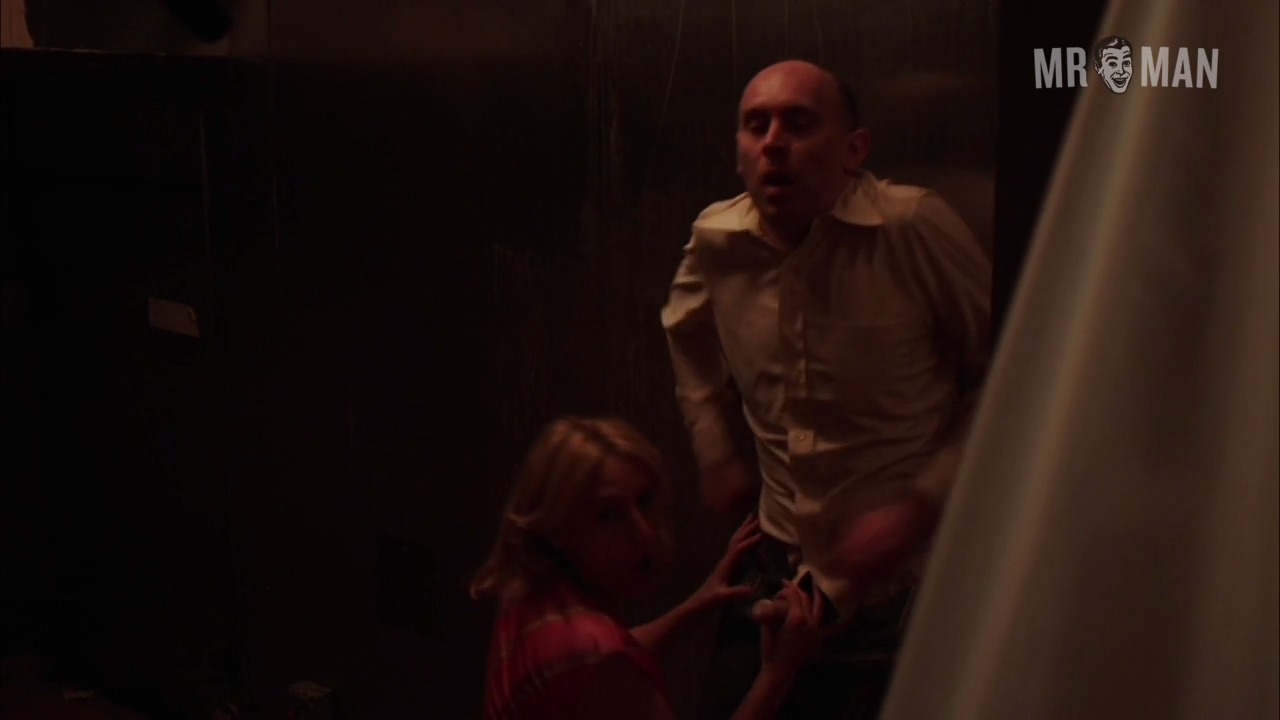 The Deuce (2017-2018)
Nude, penis, prosthetic Ep. 02x03 | 00:32:43 Mark James Fernandes gets his blow job interrupted in an abandoned office, but only see prosthetic penis as he buttons up his rooster and runs away.

The Deuce (2017) is a deep dive into the gritty days of crime in New York during the 1970's and 80's. Porn, prostitution, and gangs run rampant in Manhattan and the police have their work cut out for them. Obviously a show about pornstars is going to be lousy with naked men. Thank goodness! We've needed a show like this on TV for...ever?There's something criminal about how sexy James Franco is in The Deuce. He is nude while having a sex scene and showing off his firm butt and a hint of pubes. Patrick Gallo joins in on the fun in a different scene where he shows off full-on nudity from his head to his bare cock and balls. Russell Posner gives penis (prothetic) in a sex scene with the one and only Maggie Gyllenhaal. We hope he'll get brave and show his penis like other guys in this series and like other guys who bang Maggie, say for instance Will Chase who gives us a hint of peen. Jarrod Goolsby, for example, plays a naked Viking who sports a hot rod while Cameron Cowperthwait shows cock in a sex scene. Thank the lord for these swords! Garry Carr disappoints by only being shirtless while getting dressed with his back to the camera. He's so sexy that he has us dying to see more! Johnny Sibilly is also shirtless, but at least he's in the middle of the act. Michael Joseph Murray meanwhile is laying in bed naked in his little nude scene only to stand up and show us his ass. No dick though! Not to worry, there's more cock to come. Cutie Colin Moss also has sex with Maggie and also delivers every ounce of his body from cock and balls to butt. What a view! Chris Coy is not coy about his love for hot, naked men. He and Eduardo Ramos make out and are joined by an unidentified actor in his undies for a threesome. In another episode, Chris gets inspired by watching Boys in the Sand and gets home to bang Aaron Dean Eisenberg. Michael Stahl-David has a gay kiss, but he stops there. Perhaps he'll undress more in the future. John Paul Harkins harkens back to his penis in a particularly porny scene where he is standing in only a holster on set, waiting to shoot. What a pro! Jordan Loewenstein films a leather daddy S&M scene in which he bulges out in a leather thong. We saved the best for last, because Gbenga Akinnagbe serves up his gigantic penis in the second season! Woof, what a hunk. Have we mentioned we love this show? We love this show!