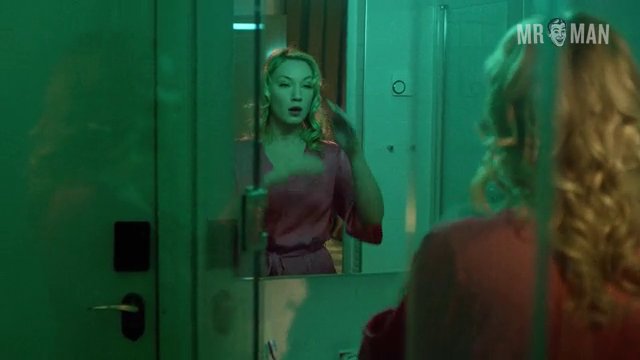 An ex-gangster tries to adjust to the witness protection program in the Netflix original series Lilyhammer. Frank Tagliano (Steven Van Zandt) has spent his life as a mobster in New York City, but after he is forced to testify in a mob trial he’s got to get out of town. He chooses to relocate to Lillehammer since he remembers that the 1994 Winter Olympics were broadcast from there. But when he arrives in rural Norway the transition from made man into unemployed immigrant is tougher than expected, and he finds himself reverting to his old ways. You’ll be reverting back to your old ways of self-pleasuring when you see Trond Fausa’s post-poke posterior on full display. Mr. Man would love to Lilyhammer that ass!